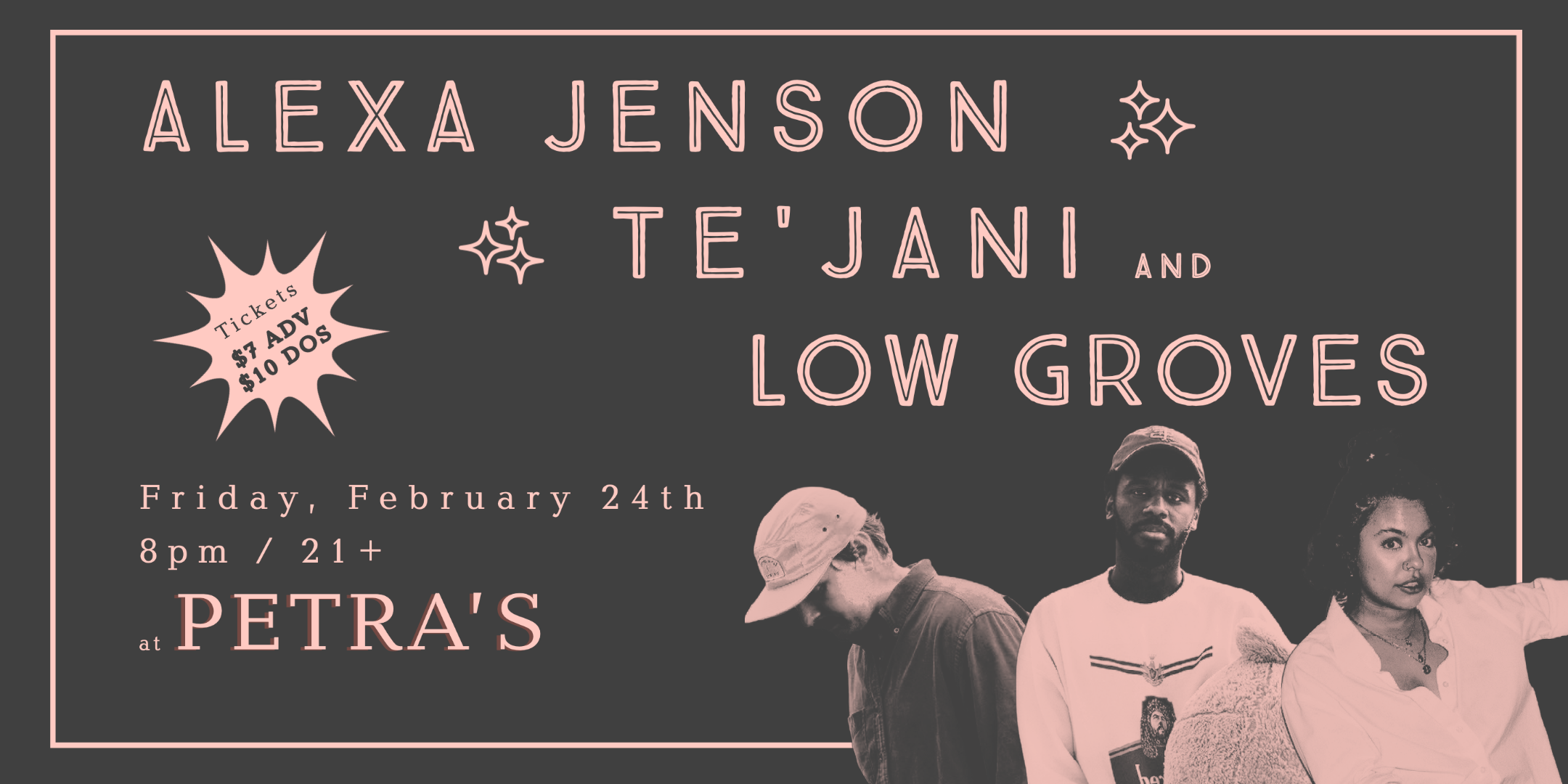 A young, angsty, female singer-songwriter walks into a rock ‘n’ roll club for the first time, rounds up the most talented musicians in the joint, forms a band that brings sass, skill, and energy to any stereo or stage, and has a damn good time doing it.
https://linktr.ee/alexajenson

Self-taught recording artist, Te’Jani, has been rising throughout the Carolinas scene over the last couple years. With guitar being his first love, he has been quoted saying he “makes music for black kids who loved Guitar Hero 3” as that is what inspired him to buy his own electric guitar at 11 years old. Following his debut album GIMP in 2022, Te’Jani recently released, On Prozac, a 5-song EP capturing the emotional turbulence of a failing relationship.
https://msha.ke/middlenametj

With folksy roots, enveloped by droning soundscapes, Low Groves tiptoes the lines of folk music and indie rock while exploring themes of longing and loss. The project was formed out of necessity. After losing his last living grandparent and being laid off from his day job with the Chicago White Sox in 2020, he retreated to his vacant grandparents’ house in Chicago to gather belongings and determine his next move. He emerged with the 10 songs that would comprise his debut album: Drifter.
https://msha.ke/lowgroves