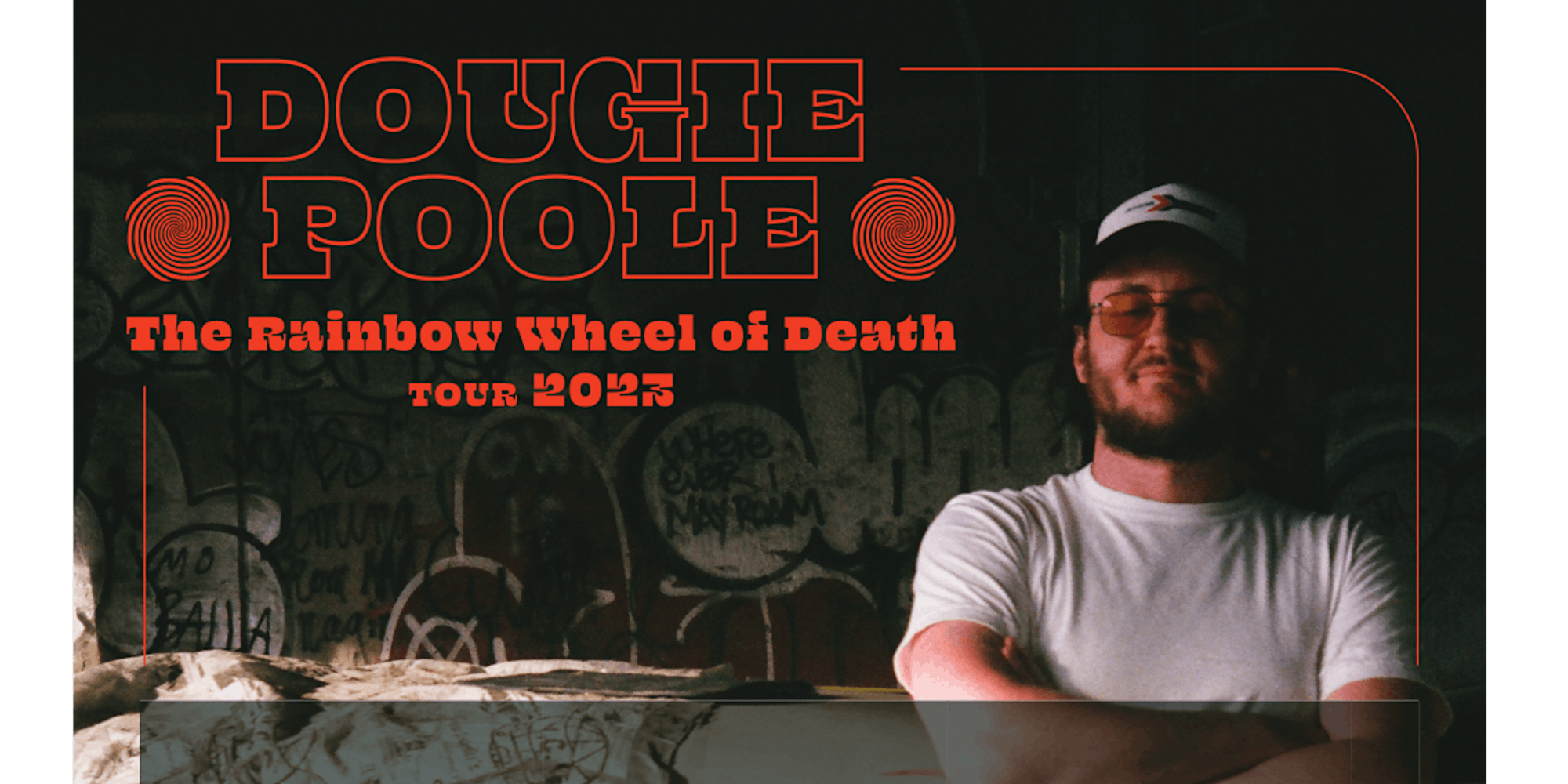 A country songwriter from Brooklyn’s indie underground, Dougie Poole blurs the lines between genre and generation on his third solo album, The Rainbow Wheel of Death. Rooted in sharp songwriting, Poole’s golden baritone, and the organic sounds of a live-in-the-studio band, it’s a classic-sounding record for the modern world, stocked with songs that make room for everything from old-school synthesizers to contemporary storytelling.

The Rainbow Wheel of Death’s title nods to the colorful pinwheel that appears onscreen whenever a computer’s application stalls. For Poole — who found himself working as a freelance computer programmer once the pandemic brought his touring schedule to a temporary halt in 2020 — it’s also a reference to the holding pattern that’s left much of society feeling stuck, unable to move ahead in an uncertain world. That feeling was pervasive when he began writing these nine songs, finishing the first handful of tracks in his New York City bedroom and wrapping up the songwriting process in the recording studio itself, this time surrounded by a band of collaborators and instrumentalists.

Once hailed as the “patron saint of millennial malaise” for his sardonic wit and topical, tongue-in-cheek songwriting, Poole broadens his reach here. He fine-tunes his genre-bending approach to country music, too, with The Rainbow Wheel of Death reaching far beyond the genre’s boundaries for new sounds and unexpected textures. “High School Gym” builds a bridge between 2020s lo-fi textures and 1980s pop vibes, while “Must Be In Here Somewhere” — whose narrator sits at a lap top, searching through “every server burning in North Carolina” for a digital souvenir of a long-lost relationship — mixes modern concerns with classic country instrumentation. If records like 2017’s Wideass Highway and 2020’s breakthrough release The Freelancer’s Blues told stories about uninspired Millennials languishing in dead-end jobs and no-good relationships, then The Rainbow Wheel of Death focuses on more universal issues like mortality, love, and the passing of the time.

With The Rainbow Wheel of Death, Dougie Poole breathes new life into country music, retaining the acclaimed elements of his previous work — drum machines, acoustic guitars, synthesizers, and his deep-set voice — while pushing toward something warm, organic, and prismatic.

Coughing Dove Coughing Dove is the Charlotte-based project of Nicholas Holman, and his second album under the name and first for Self Aware Records (Late Bloomer, Faye) is a quiet record of folk rock and alt-country that manages to sound both dusty and polished at the same time.