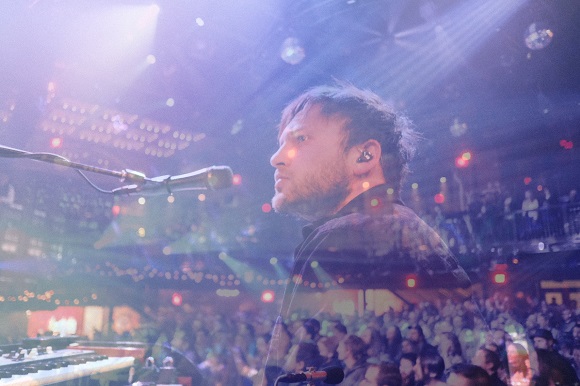 Prior to the pandemic, Fribush was living in New Orleans playing nightly at historic venues like the Spotted Cat, Preservation Hall, and Kermit Ruffins Treme Mother-In-Law Lounge.

Born in Greensboro, NC Fribush began his professional career at a young age, playing a variety of instruments including Steel Pan and Banjo.

In 2017, Fribush graduated from the New England Conservatory of Music with a degree in Contemporary Improvisation. During that time he worked with influential mentors like Ran Blake, Jason Moran, Jamie Saft, Dennis Montgomery III, Cecil McBee, John Medeski and more.

Fribush has recently produced and recorded music with Charlie Hunter, Lucius, Hiss Golden Messenger, Daron., Joel Savoy, Rob Frabroni, Adrian Olsen, Donna the Buffalo, Dori Freeman, Ric Robertson, and the California Honey Drops. In 2020 Fribush was asked to go on a world tour with Pokey LaFarge, that tour was cancelled due to COVID-19.

In 2021 Fribush joined Hiss Golden Messenger’s live band supporting the new album ‘Quietly Blowing It’‘ out on Merge Records, and continue to tour with the band.

Braxton Bateman delivers inspiring sounds and expressions beyond music, capturing his memorable moments for the world to experience.

Born to a family of musicians, it didn’t take long to realize that music is a way of life. Joining an all star youth ensemble group, Braxton tailored his talents and embarked on his artistic journey of expression. An avid learner, he has developed a unique approach to being labeled a musician. Not seeking to be the best, but instead focusing on being the best him. Through eye-catching fashion and high energy performances, It’s undeniable that he has his own style. He’s a star because he owns it. Leaving it all on the stage to be discovered by those willing to listen.

Braxton currently finds creative expression in production and songwriting, influenced by his travel and reflection of life. He embraces the vulnerability of sharing himself and his love for music around the world , in hopes we all learn to enjoy every moment with authenticity.